Gordon Parks captures the drama of the docks

"At first I wasn't sure that I had the talent, but I did know I had a fear of failure, and that fear compelled me to fight off anything that might abet it."
~ Gordon Parks 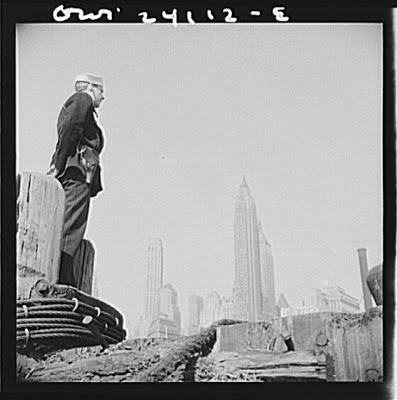 November 30, 2012 will be the 100th anniversary of the birth of Gordon Parks. He was a man of many talents – film director, musician and writer among them. But for most people, including me, he was first and foremost a photographer with a varied portfolio and a quite particular vision. 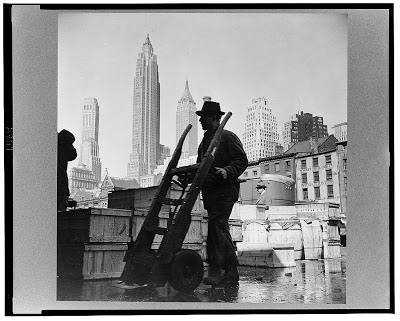 If I may digress for a moment: In these imagination-bereft times, when even Big Bird is under threat of extinction by budget-cutters, the idea of the government hiring creative people to contribute to our national legacy is unthinkable. But during the years when Franklin Delano Roosevelt ran the country, programs like the Works Progress Administration and the FSA put our painters, writers, sculptors, photographers and dramatists to work. In return they created a national treasure, most of which survives and is available for all to enjoy through the online collections of the Library of Congress.

A few months ago I came across this photo, which Gordon Parks made for the FSA at New York City's old Fulton Fish Market in 1943. 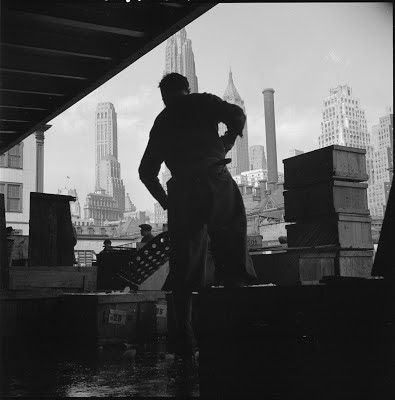 The market is gone now – its smells and messiness banished from fancy downtown Manhattan and relocated at the Hunt's Point Market in the Bronx. But for decades it was the place where fishermen brought their catch and rough and tough stevedores did the hard work of getting the fish to market.


The original photo inspired me to go into the Library of Congress's collection and find the rest of the photos you see on this page. 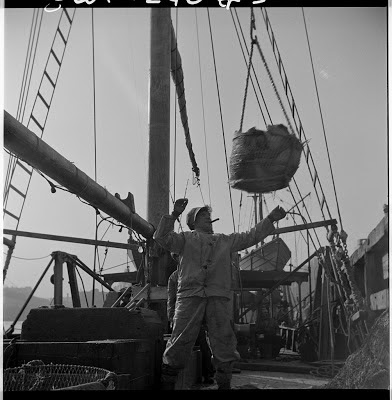 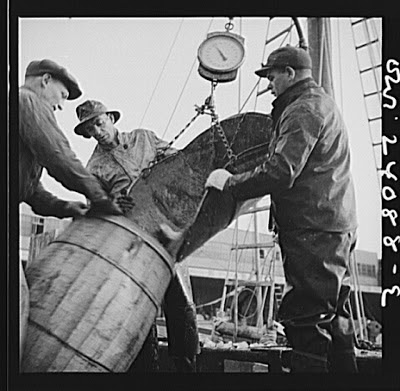 "The photographer begins to feel big and bloated and so big he can't walk through one of these doors because he gets a good byline; he gets notices all over the world and so forth; but they're really – the important people are the people he photographs."
~ Gordon Parks


Learn more about the Library of Congress