The Season of Remembering

"Death ends a life, not a relationship."
~ Mitch Ablom 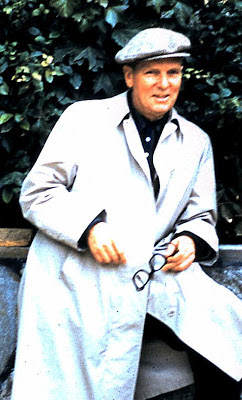 Last weekend I read an excerpt from Michael Hainey's new book, After Visiting Friends: A Son's Story. The title of the excerpt was "My dad: 35 and dead." You can read it here.

The excerpt struck a chord, not least because this is the season of remembering for me. The season starts a week or two before February 11th, the anniversary of my mother's birth, and it peaks on March 2nd, the day my father died.

Dad has been gone 53 years. That's one year shy of the 54 years he lived. I was a little girl when he left us, but somehow he remains the most important influence on my life, and I continue to think of him every single day.

This is one of my favorite photos of my dad. There are surprisingly few of them. He was usually behind the camera – he loved his Leica. But this is how he was, or at least how I remember him. Always dapper, always ready for fun.

I believe that the last time I saw my father we were at an airport – I think it was Idlewild (now JFK), but it could have been La Guardia. He and my mom were heading to Florida on vacation. That's where he died.

Mind you, this is probably a false memory – science tells us that the act of remembering rewrites history. And this memory is particularly untrustworthy because it came to me one day when I'd seen someone off at an airport and ended up sobbing for no good reason, as I always did. The sudden memory, if it was a memory at all, seemed to explain things.

In any case, dad had been ill for a while. He'd had a heart attack. His blood pressure was miles too high, and he was severely allergic to the only medication available in 1960 to control it. At first, just after his heart attack, he would wander around in his bathrobe and slippers and spend hours rearranging his slide trays; it made me unspeakably sad.

“When he shall die,
Take him and cut him out in little stars,
And he will make the face of heaven so fine
That all the world will be in love with night
And pay no worship to the garish sun.”
~ William Shakespeare

The days immediately following his death were all sorrow and chaos. There was a blizzard in New York. Dad's body made it out on a plane, but we didn't know if mom could get home in time for the wake (she did).

The thing that's been bothering me in this season of memories are all the things I don't know about my dad. I know he was terrific father and the kind of man people felt comfortable telling their troubles to. I know he loved New Orleans and adored the music of Al Hirt.

I know his parents came from Baltimore and at some point moved to New York City. I know that he, too, lost his dad when he was quite young. I know he liked sports and played hockey on a team called the All-Americans. But I don't know what life was like for him as a boy, what my grandfather was like, whether he ever knew his own grandparents, what family stories he grew up with and so much more. I never got a chance to ask him.

About three years ago a wonderful relative I never knew existed found my sisters and I through her genealogy research. She is descended from one of my paternal grandfather's brothers, who went to live in Cuba. When Castro came to power, she and her relatives moved to Iowa. She has been terrific at tracking down the past, and took these photos of Hush tombstones in a Baltimore graveyard. Everything I know about these people is inscribed on those stones. 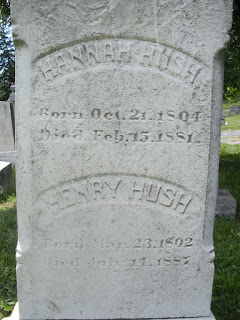 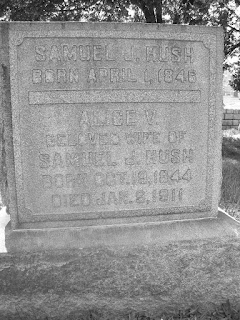 If I had had any idea how the wondering would haunt me, I'd have made a list of questions and interviewed every relative I could find before it was too late. I'm dedicating this post to the younger generation in my family – and encouraging them to start asking their questions now.

Signing of with more Al Hirt for my dad.

“Life is for the living.
Death is for the dead.
Let life be like music.
And death a note unsaid.”
~ Langston Hughes
4 comments:
Email ThisBlogThis!Share to TwitterShare to FacebookShare to Pinterest
Newer Posts Older Posts Home
Subscribe to: Posts (Atom)